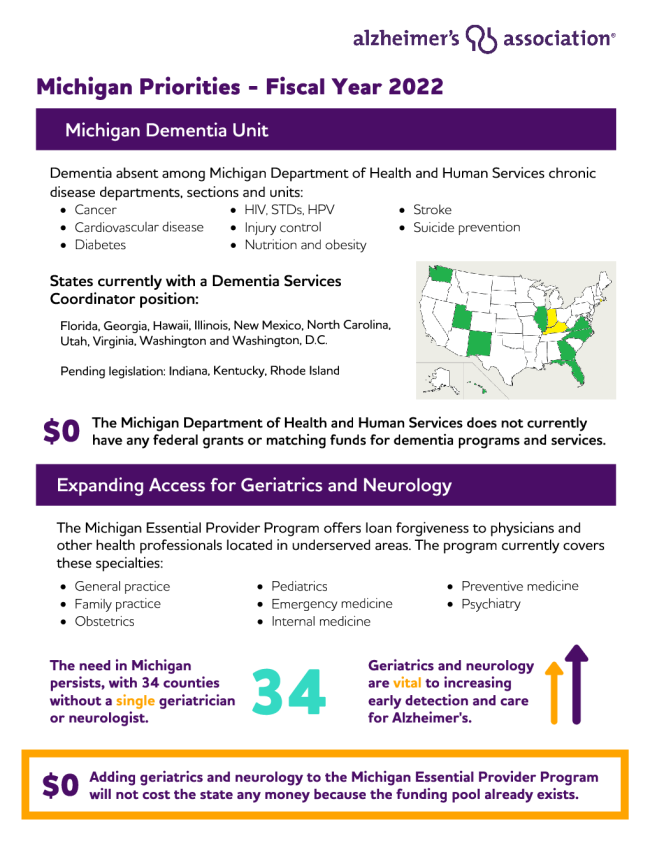 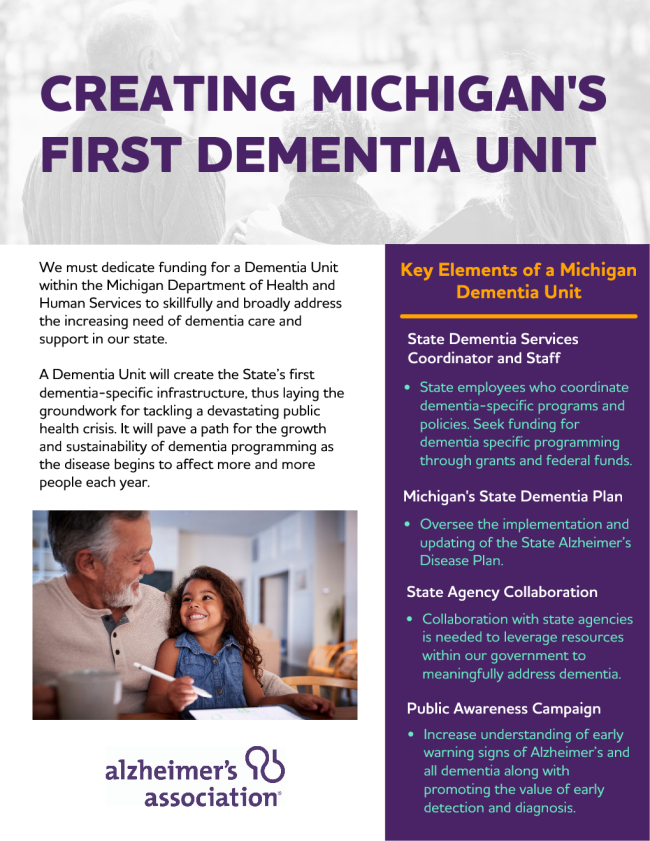 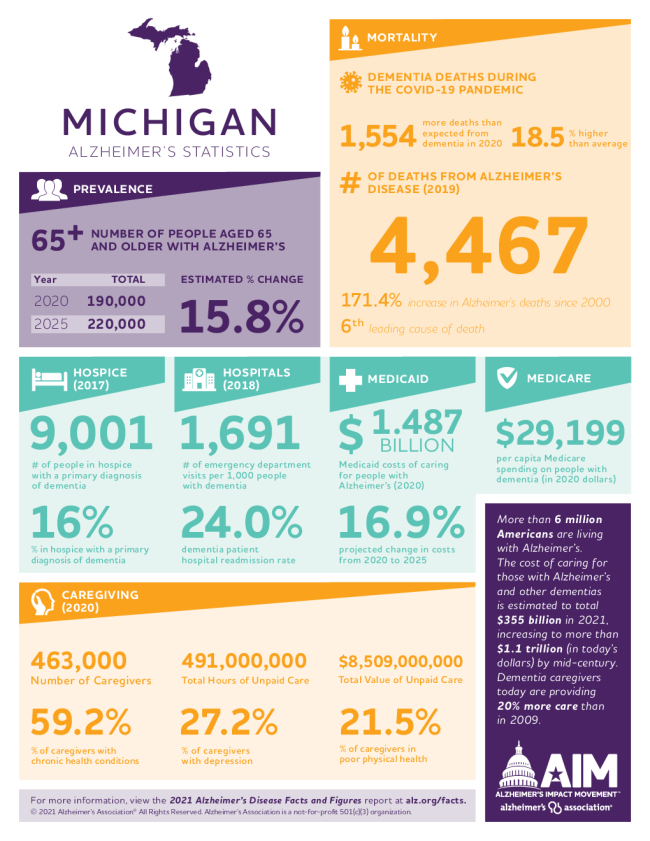 Thank you for reaching out to my office on this important issue.

I share your concerns and agree that we can do more to raise awareness of dementia and to provide more care for those with dementia and their families.

As we move through the budget process, I will advocate for increased funding for dementia care and support programs generally as well as the appropriation for Dementia Care and Support Program.

If you have any additional feedback or thoughts on this issue, please don't hesitate to reach out to me or to my staff.

I'm pleased to share that Senate appropriators have proposed increasing Alzheimer's and dementia federal research funding by $354 million for fiscal year 2021. The Alzheimer's Association, Alzheimer's Impact Movement (AIM), and our advocates worked tirelessly to build support for this proposed increase, pivoting our efforts from in-person engagement to virtual meetings, calls to policymakers, letters to the editor and engaging lawmakers on social media. In addition to the research funding increase, the bill includes $15 million to implement the BOLD Infrastructure for Alzheimer's Act (P.L. 115-406).

If signed into law, annual Alzheimer's and dementia research funding at the National Institutes of Health (NIH) would be over $3 billion. Next month marks the 10 year anniversary of the National Alzheimer's Project Act (NAPA), legislation championed by the Alzheimer's Association, being signed into law. At that time, annual funding was just $448 million. The progress that has been made in these last 10 years — from exploring biomarkers, discovering potential ways to reduce risk, and for the first time ever a potential treatment under FDA review — is because of the work each of you has done to advance our cause. It is a testament to our dedicated advocates, bipartisan Congressional champions, generous Association and AIM donors and staff who have made this happen.

We are grateful to Sen. Roy Blunt (R-Mo.) and Sen. Patty Murray (D-Wash.) for their ongoing leadership to ensure the federal government continues to scale its commitment to addressing the Alzheimer's and dementia public health crisis.

You can read the joint statement from the Association and AIM about today's announcement here, and can expect further updates in the coming days and weeks as the legislative process continues.

Thank you for your passion, support and unwavering commitment in our pursuit of a world without Alzheimer's and all other dementia.

Three Things You Must Know
About Senior Living